Recently, Tether, one of the top 10 coins, also known as a stable coin in the cryptocurrency space, printed $50 million USDT. According to OmniExplorer, Tether transferred the amount to Bitfinex on 11th August 2018 at 11:03 a.m UTC, one of the leading cryptocurrency exchange platforms in the world.

This has led to the market claiming that Tether is involved in manipulating the market again. The community has also pointed out that Tether usually prints more currency when the market is bearish.

The previous times such a huge transfer was made was in the month of February and March which was again during the bearish period.

The allegation of manipulations erupted in the space because of John Griffin and Amin Shams, two researchers from the University of Texas. The researchers published an article called “Is Bitcoin really Un-Tethered?”. The article elaborates on how Bitfinex uses Tether in order to buy Bitcoin from other exchanges and mainly when BTCs price is plunging in the market.

In the month of June, an extensive 3-page update was created as a product of Freeh, Sporkin & Sullivan LLP [FSS]. This Legal company has been provided with complete access to the bank details of Tether along with all the employees who are currently holding the company’s assets. This transparency was required when they discovered a staggering amount of $7 million, more than what was registered during a surprise inspection of their bank accounts.

Tether is a cryptocurrency token that is claimed to be backed by one US dollar each time a token is issued. The token, initially known as Realcoin, was declared into the market in July 2014 by its Founder, Brock Pierce. The primary objective of the token was to facilitate transactions between exchange platforms with a price similar or fixed to that of the US dollar. 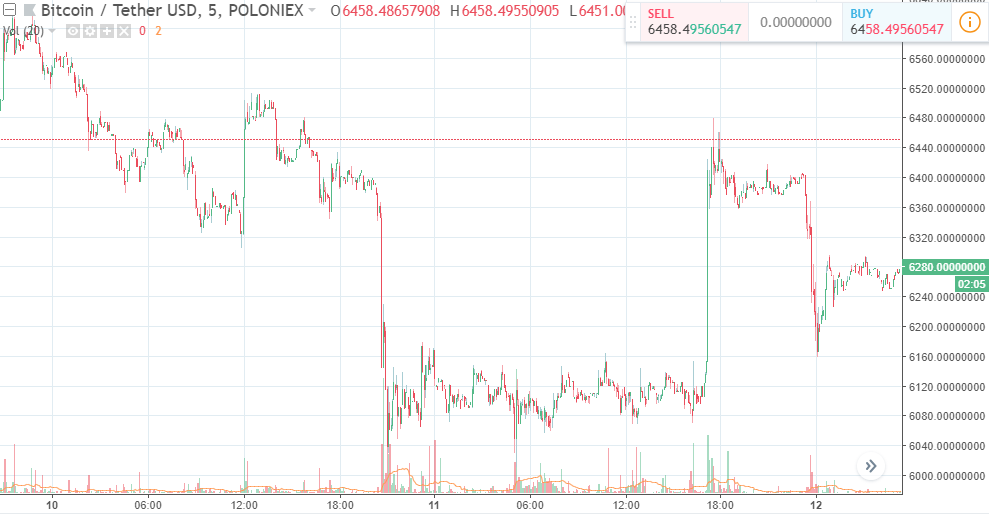 A Twitterati replied to this announcement saying:

“If I would be them, I would amass dollars from the fees of the #USDT trading volume, which is huge, and then eventually let the audit to happen to show that every #tether is backed with a dollar (even if it is not the case now). Imagine the positive effect on their reputation.”

Be Wulf, a Twitterati said:

“Just some food for thought even I am against Tether bullshit. All the banks (atleast in Europe) stopped every transfer possible towards Crypto since December last year. There is almost no way possible to actually put money into the space at this point so maybe such “coin”is vital”

“manipulation or not through tether, banks crushed the market and specifically retail investors to pour money inside the market. In addition, in January no one could make an account with either of the large exchanges.”

Recently, Changpeng Zhao, the CEO of Binance, the biggest cryptocurrency exchange platform in terms of transactions, also showed his concerns regarding the cryptocurrency. According to him, Tether is solely profiting from their exchange platforms. He also believes that the fear of getting shut down is the reason for them not revealing their bank details.

Charlie Lee has frequently said that because of its tokens being backed by USD, Tether buys cryptocurrencies using these USDTs. He also points out that if more individuals enter than leave, this would lead to more USDTs being printed and not destroyed.