According to a recent report, Stellar, the open-source decentralized network, has recently set a new milestone where they have recorded 1 million accounts on their ledger. Stellar’s market capitalization is currently over $4 billion. In spite of the recent market crash, Stellar has witnessed a huge addition to its value and has marked itself at the 6th position based on its market capitalization, according to CoinMarketCap. XLM is currently trading at $0.21 with a market cap of $4.2 billion.

Stellar expert, the block explorer and analytics platform recently published data which revealed that the network had more than 1 million accounts on its ledger. According to their data, more than 300,000 accounts have been registered since the month of July.

Stellar’s recent achievements include acquiring Chain, a San Francisco based start-up building blockchain technology for the financial industry. The data shows that the trading figures have drastically reduced by 95.5% in over two months. The number of trades in the month of June was 265,165 whereas the trades now have substantially reduced to 6,447. Stellar has the financial resources whereas Chain has the engineering talent. According to a source familiar with the deal, these steps have been taken likely in response to the heated battle for top developers between cryptocurrency companies. 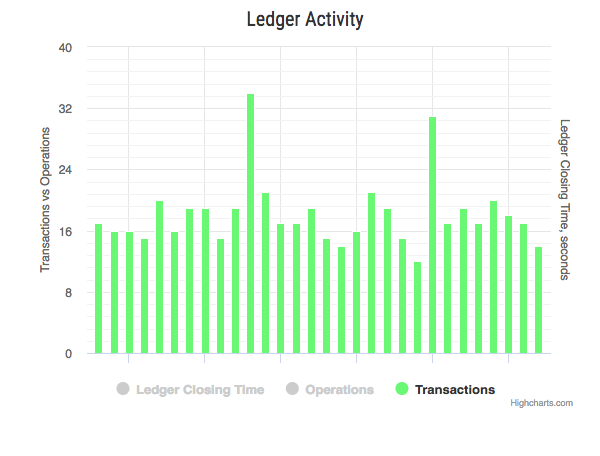 According to the recent news, China’s biggest exchange platform Huobi has recently started trading XLM on their platform. Additionally, IBM the technology giant confirmed that Stellar’s digital asset will be used by some of the biggest banks in foreign exchange corridors.

TransferTo, the mobile payments network, has recently partnered with Stellar to enable the use of XLM in cross-border transactions in more than 70 countries. Stellar also announced partnerships with Satoshi pay, EXCH.ONE, Kilck-Ex, Mobius and HashCash.

By continuing its focus to help startups, Stellar Lumens has attracted more interested investors and is also gaining more popularity. In a recent post, the officials of Shift markets had announced a partnership with Lightyear in order to back the incorporation of Stellar Lumens into the growing cryptocurrency markets.

“You might need to mention here that half of them have balance 1.5 XLM and are controlled by bots to washtrade DRA and get rewarded”

“That’s amazing. And also half of these accounts are created within the last month.”