The recent controversy regarding Bitmain’s IPO has drawn a lot of attention in the cryptocurrency space. The fact that Bitmain, the biggest Bitcoin [BTC] mining company and application-specific integrated circuit [ASIC], holds more Bitcoin Cash [BCH] than Bitcoin [BTC] has been pointed out again.

Samson Mow, the CSO of Blockstream, on his social media platform, stated that based on the company’s pre-IPO investor deck, Bitmain has sold most of their Bitcoin [BTC] for Bitcoin Cash [BCH].

He further points out that Bitcoin Cash has lost almost half a billion in the past three months and that they would have lost a billion dollars if the Bitcoin Dev had not disclosed the vulnerability of Bitcoin Cash. 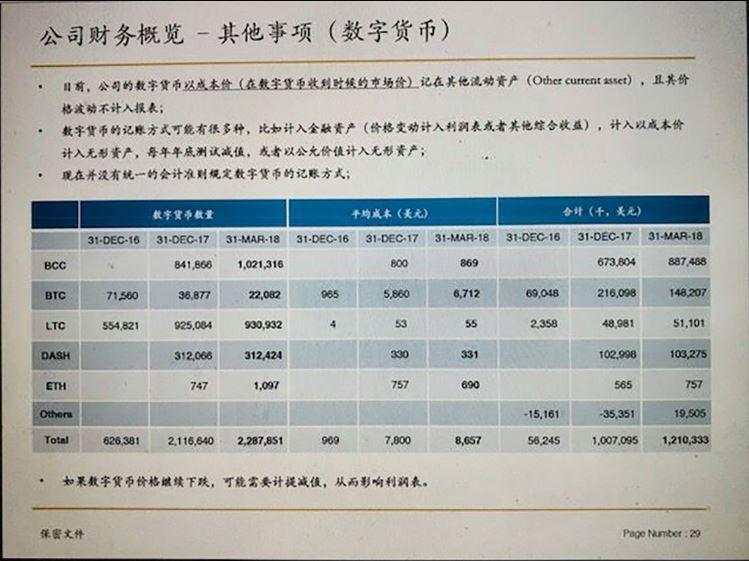 Bitmain assets for the past three years || Source: Twitter

“The Bitmain IPO is incredibly risky for any investor to buy into. The potential for massive losses are just around the corner as they have no idea how to maintain BCH, but are all-in. Play stupid games, win stupid prizes”

“Hashers and mining pools are import for the system, but they have to play responsibly and the other parties do have counter measures for whatever miners do. Working together. Unite, not to divide. BCH & BTC can develop their diff roadmaps and have peace”

This is not the first time the community has pointed out that Bitmain has been biased towards Bitcoin Cash [BCH]. The company recently proposed developing and implementing a protocol for smart contracts on Bitcoin Cash blockchain. Moreover, the Co-Founder of Bitmain, Jihan Wu stated that Bitcoin Cash [BCH] has potential even though it lacks freedom.

Bitmain completed its pre-ICO last week. The company raised almost $1 billion from top-notch companies such as Tencent, Softbank, and China Gold. The mining company is all set to apply for IPO through the Hong Kong Stock Exchange in the month of September and reportedly is filing for it at $18 billion. With the inclusion of the pre-ICO investment, the ASIC chip producing company is valued to be around $15 billion.