Vladi Zakinov filed the case days after the Ryan Coffey case came into light. Zakinov’s allegations revolve around the fact that XRP tokens are security that are controlled by Ripple. The complaint was filed in January this year. The below image reveals the summary of the complaint filed.

Furthermore, the plaintiff accuses that Ripple and other unnamed involved in the case did not register XRP token when being offered or sold. He further accused that the defendants in question made false statements which increased the price of XRP. The price manipulation resulted in greater profits for the defendants he claimed.

A statement issued by the spokesperson after the complaint was filed stated that Ripple does not acknowledge any of the claims made in the lawsuit. The spokesperson also stated that the allegations are just an example of an extortionist seeking an opportunity which lacks merit.

As the case advanced, on 16th August, Ripple filed for Judge Marie S. Weiner to be disqualified from the case. Senior Counsel for Ripple, Deborah McCrimmon backed Ripple’s decision by stating that Ripple will not be able to receive a fair trial before Judge Weiner. 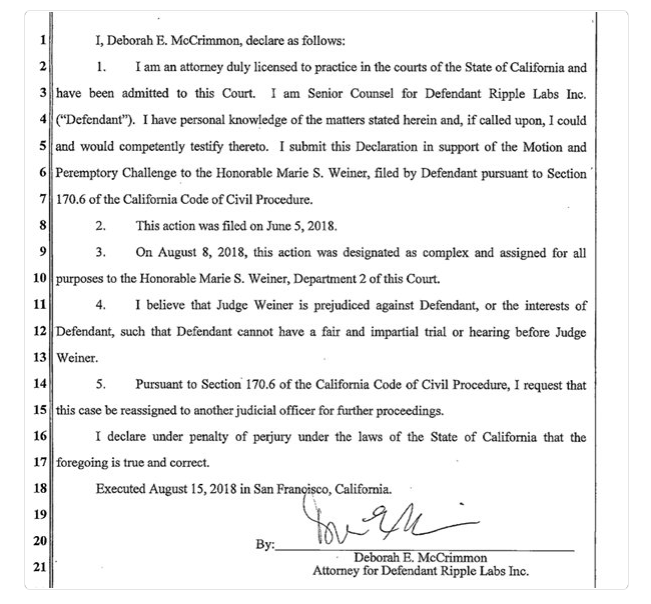 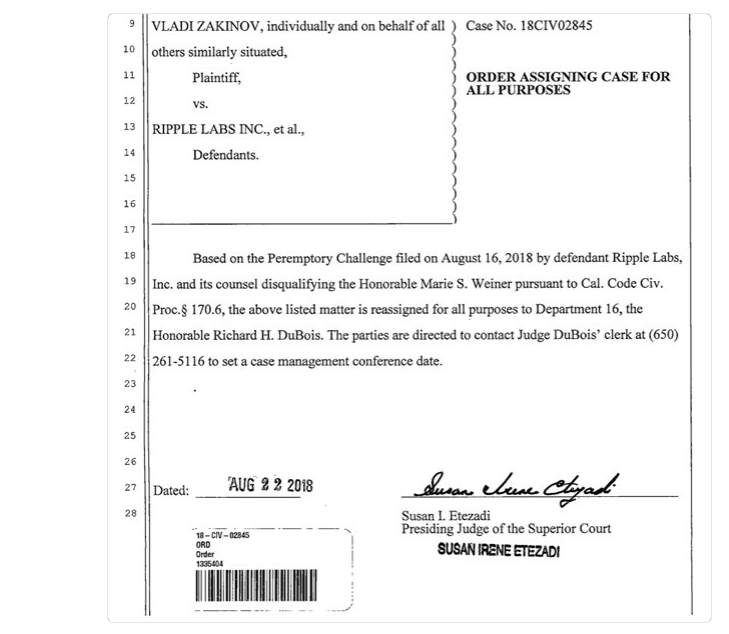 Post the announcement the Ripple community has shown a lot of excitement as some believe that this could be a winning situation for Ripple.

“On August 22nd the case was reassigned to Judge Richard H. DuBois. Another small victory for @Ripple after the Coffey case removal”

“I’m confused; what was the perceived bias the judge had? Anyway, glad they got the judge changed.”

“I wonder on which grounds the defendants attorney would have argued the judge should be recused. Perhaps based on the private holdings of the judge or parties with access to the judges ruling process? Or was there bias established by the court during the complex arguments?”