The cryptocurrency is currently undergoing its Mainnet launch, with investors trying to ride a moonshot. Elias Yami, a cryptocurrency analyst, stated:

“The low price of ONT, even now, makes it look like a lucrative opportunity for investors. However, new players should realize that FOMO-ing into the rise is not going to be an effective investment. Caution must be exercised post the mainnet launch.”

Currently, the coin is ranked at #25 on CoinMarketCap with a volume of $210 million.

VeChain, after its shift to the VeChainThor platform, was the second largest gainer in top cryptocurrencies. The coin ended up with a growth of 55.21% over the past 7 days, and 13.06% over 24 hours. It is currently trading at $0.014.

Tezos’ XZT token also posted admirable results in the last week, but more surprising ones earlier today. The coin had a profit of 8.7% in 7 days but has increased by 13% in value in the past 24 hours. It is currently trading at $1.56. 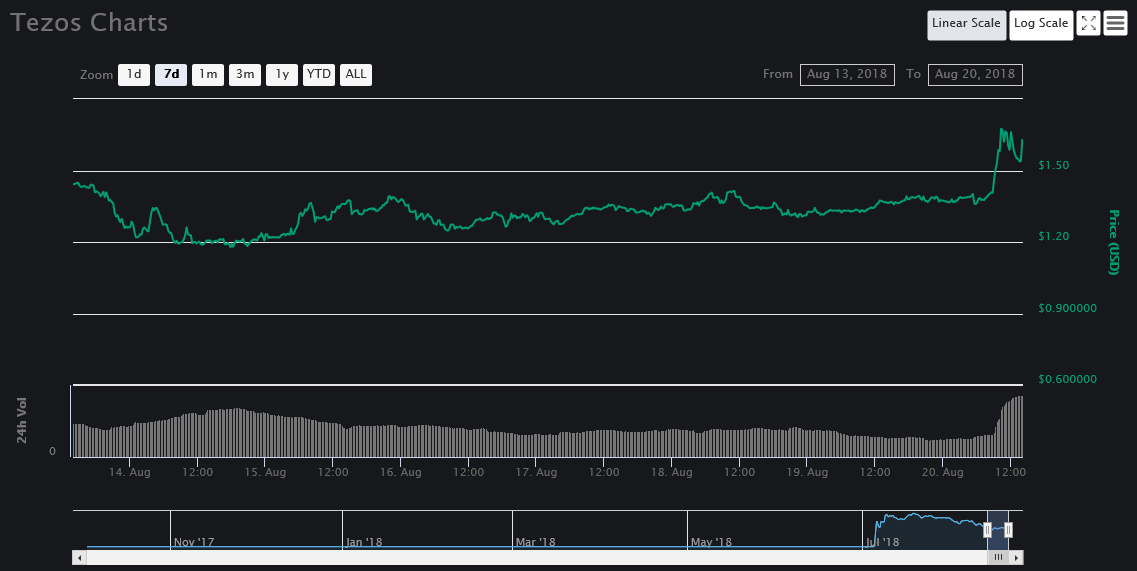 The price of the token has increased from last week’s opening price of about $1.43 on 13th August after a slow rally from the low $1.30 to a current value of $1.61 after the spike.

The XRP token is one of the few top altcoins that pulled its weight during the recovery rally. It has gained 11.67% over the past week, and 2.5% in 24 hours. It is currently trading at $0.33. 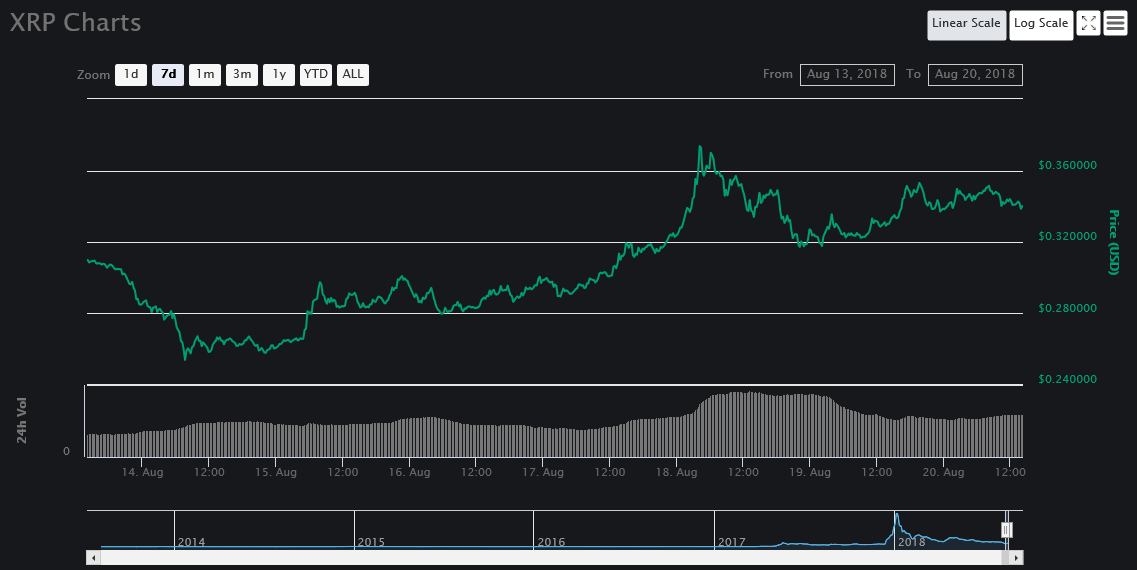 Currently, XRP is ranked at #3 on CoinMarketCap, with a market cap of $13 billion. The trading volume of the currency is around $361 million.

Even as altcoins seem to consolidate their position, the dominance of Bitcoin over the market is still over 50%, sitting at a dominance percentage of 52.0%. While the market has still not seen the “flippening” that many Bitcoin maximalists will, the dominance is beginning to further to divide between the first cryptocurrency and others.