At the beginning of this month Coinbase Commerce announced that it had launched a new WooCommerce plugin which would allow cryptocurrencies to be used as a form of payment for commercial transactions. The announcement brought with it a great deal of potential for the future of crypto commercial transactions, as WooCommerce is estimated to currently be powering 28 percent of all online stores.

Entirely peer-to-peer too, no middlemen involved. Just the way internet payments should be.

Coinbase Commerce is self-described as being “one of the first non-custodial cryptocurrency payment solutions that enables merchants anywhere in the world to accept cryptocurrency payments directly from another customer”. The platform is currently compatible with Bitcoin, Bitcoin Cash, Ethereum and Litecoin. Interestingly, payments transacted on Coinbase Commerce go straight from the customers wallet to the online store with no middle man, thereby allowing the merchants to never have to pay transaction fees to accept payments.

Suggested Reading : Learn more about Coinbase in our Coinbase Review.

“Our mission at Coinbase is to create an open financial system, so we’ve designed this solution to serve merchants worldwide. Unlike previous merchant products we’ve offered, Coinbase Commerce is not a hosted service, so merchants have full control of their own digital currency,” the Daily Hodl reported from Coinbase.

The article goes on to list some of Coinbase Commerce’s key features according to the Coinbase website:

• “Quick and Easy Setup – The company says it’s there to guide companies through the process of setting up hosted checkout pages, payment buttons and multiple ecommerce integrations

• Full Ownership – Coinbase says it does not hold crypto, giving companies the benefits of a hosted platform while they maintain ownership

• Free to use – Coinbase Commerce gives companies the ability to accept cryptocurrency for free and includes the following options:” 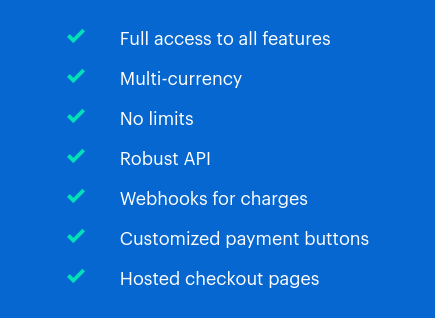