The week opened to a bullish atmosphere with cryptocurrencies such as IOTA [MIOTA], VeChain [VET] and Ontology [ONT] seeing quite the surge over the past twenty-four hours. According to CoinMarketCap, the 24 hour biggest gainer among the top twenty cryptocurrencies was IOTA, enjoying a 15.93% rise.

At the time of writing, MIOTA was trading at $0.605 with a market cap of $1.682 billion. The cryptocurrency’s remarkable price surge was reflected in the market volume, which rose to $47.631 million. IOTA had a good run last week with the launch of the token’s Trinity Desktop Beta wallet and Fujitsu, the Japanese IT behemoth, announcing that IOTA will be set as the company’s new protocol standard.

The wallet which was initially launched as a mobile version has now been extended to adapt to the desktop. The wallet has been rigged with additional features that are aimed to make the user experience more seamless and effective.

Fujitsu’s project offers three core benefits, transparency, trust in data and data security where IOTA will play the role of a “cryptographically secure source of unified truth”, stated the company. The initiative is titled ‘Industry 4.0 co-create with Fujitsu’. Leopold Sternberg, Program Manager, Industry 4.0 Competence Center of Fujitsu stated that the primary aim of the project is co-creation. He said: 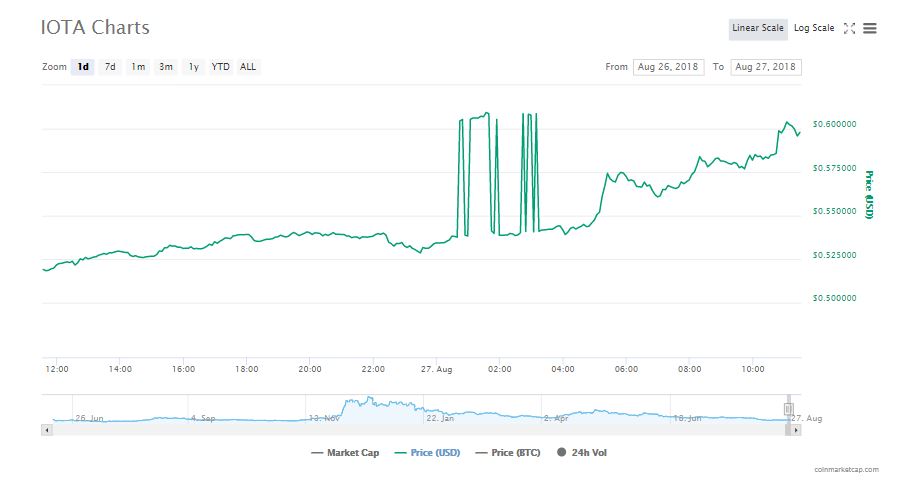 VeChain [VET] was another coin that was basking in its price surge, which at the time of writing was at 11.85%. The cryptocurrency was trading at $0.016 with a market cap of $914.53 million. Experts have attributed the cryptocurrency’s shoot-up to its recent slew of developments that saw the VeChain Mainnet launch, the company’s wallet release and the VeChain token swap.

VeChain had also created news when Sunny Lu, the CEO of VeChain Foundation talked about the new VeChain mini-app, where he stated that the normal end users can upload pictures throughout the day on the VeChain mini-app, through the VeChainThor platform even if they are not aware of technicalities of multi-party payment protocols [MPPs], smart contracts and blockchain. 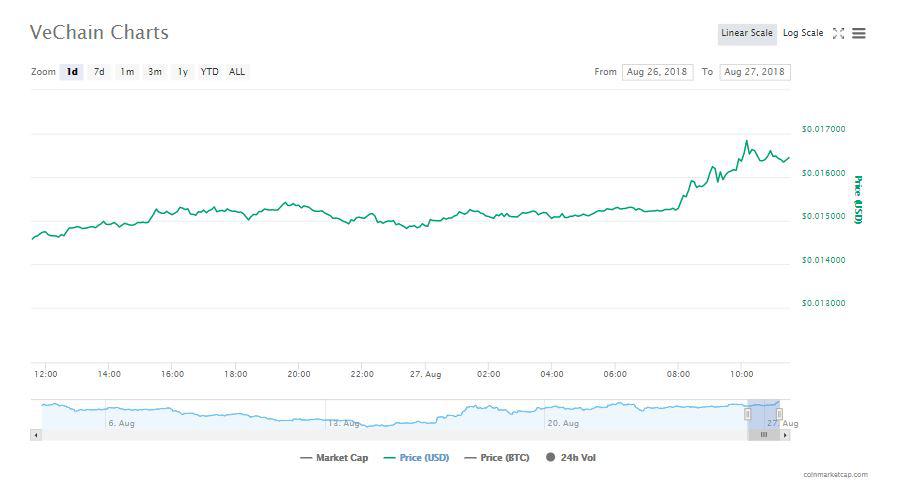 The other major cryptocurrency enjoying its bullish glory was Ontology [ONT], surging by 12.70%. The coin was trading at $2.52 with a market cap of $464.90 million. Ontology’s 24-hour market volume was holding at $109.32 million, a small jump from the value it held before the market closed last week.

Ontology has had a positive run over the last week when it announced on their official Twitter handle that it has formally added Decentralized Identifier [DID] to its W3C – CCG [World Wide Web Consortium – Credentials Community group] DID method Registry. The team boasts of being the only implementers of the specification on a public blockchain after Bitcoin [BTC] and Ethereum [ETH]. 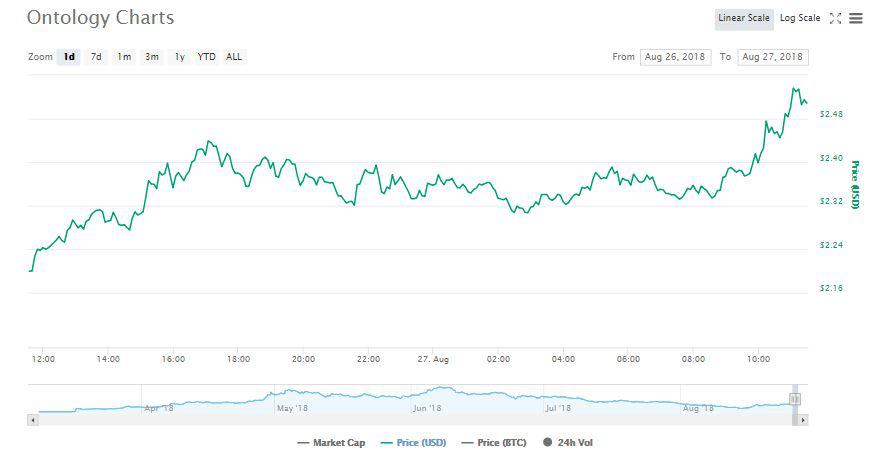