The price of Bitcoin [BTC] jumped above $6800 earlier today at 1 PM UTC, breaking out of a period of extended trading below the resistance for almost two weeks. The price of Bitcoin shot up from $6400 to $6800, then dropping to $6700 and currently trading above that level.

The market also saw around $11 billion added to its market cap, with most altcoins rallying in the 6% range. 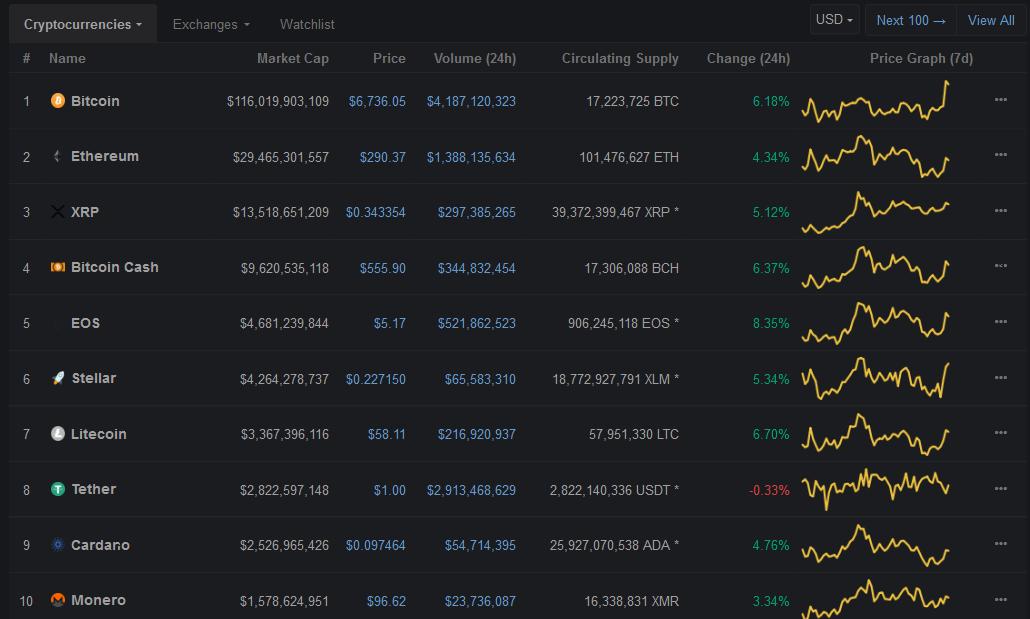 Coincidentally, the hike in price occurred with the forced liquidation of a large number of short positions on BitMEX at 1 PM UTC, when they closed for scheduled maintenance. The platform’s Twitter page reflected the state of the exchange at the time the market movements occurred.

It is important to note that this occurred at a time when short positions were at an all-time high, leading many to state that the market movement was indeed a short squeeze as seen in April of this year. 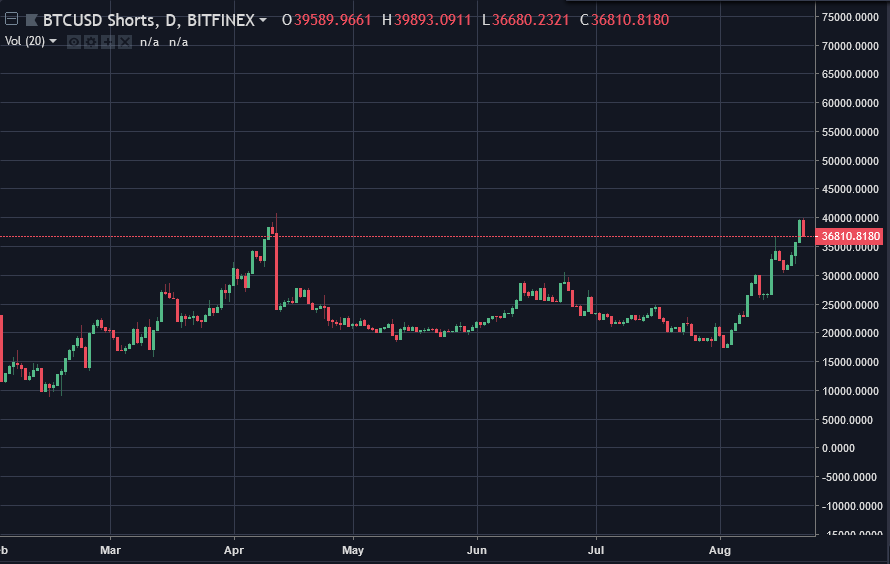 Short squeezes result when short sellers cover their positions on Bitcoin, which results in buying volume that drives the price of the cryptocurrency up. Timothy Tam, the CEO of CoinFi, said in a statement to Bloomberg:

“When there’s a record number of shorts, if there’s a large explosive price movement up like this, it means people will need to cover their shorts quite quickly. It’s almost like a domino effect.”

When BitMEX was shut down at 1 PM, the price of Bitcoin spiked to $6800. They then reported that trading will open at 1:30 PM, although in cancel-only mode. This meant that traders with open short positions could cancel them, thus allowing to prevent significant loss. 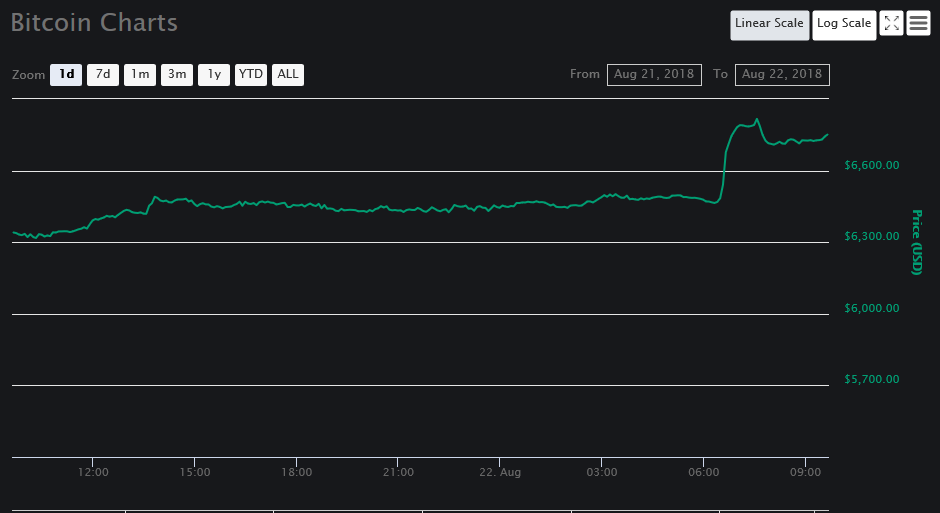 However, users began to report that they could not log in, which then led BitMEX to state:

“Some users are reporting difficulty in logging in. We are diagnosing. We have postponed resumption of trading for 5 minutes to 01:35. We will report back shortly.”

After the scheduled “5 minutes”, they stated that trading was deferred until the login function was stabilized. After almost half an hour, BitMEX announced at 2 PM that they had “encountered a large DDoS upon restarting web services”. This effectively prevented users from logging in and canceling their positions. 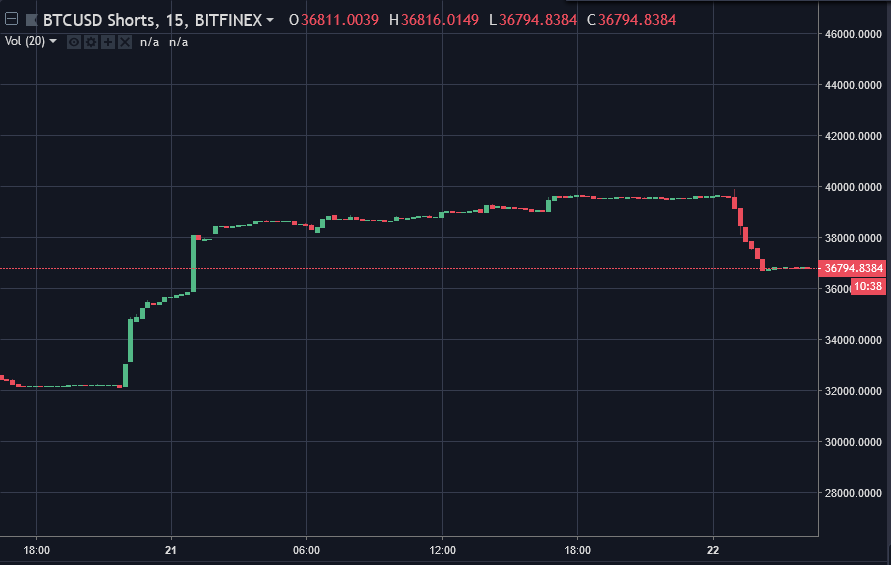 Short positions on BitMEX over the past day| Source: TradingView

This set off the alarms for most of the traders, who then responded in the comments of BitMEX’s tweet. Many were of the opinion that BitMEX was a scam, with user Ascend Apex stating:

Many users also remarked that their stop loss did not get triggered for their positions. User Octopus-Prime on Reddit said:

“Stupid on my part for leaving a position open during a maintenance session. Lucky it was only small. But I got liquidated on this maintenance close. I’m guessing lots of people have lost a lot of money. There’s going to be some hateful stuff being thrown around for a while.”