Since the past few months, Ethereum [ETH] has been hit the hardest in the bearish market. This time, the ETH has hit its all-time low for the year leaving the whole cryptocurrency market in a state of shock. Some people in the community have also started speculating about the future of the cryptocurrency in the market.

The #2 cryptocurrency in the market has plunged by more than 10% in the past 24 hours. The coin witnessed a free-fall below $300 for the first time since its November high. According to CoinMarketCap, at press time, Ethereum [ETH] was trading at $289.38 with a market cap of $29 billion and has dropped by more than 3% in the past 1 hour. 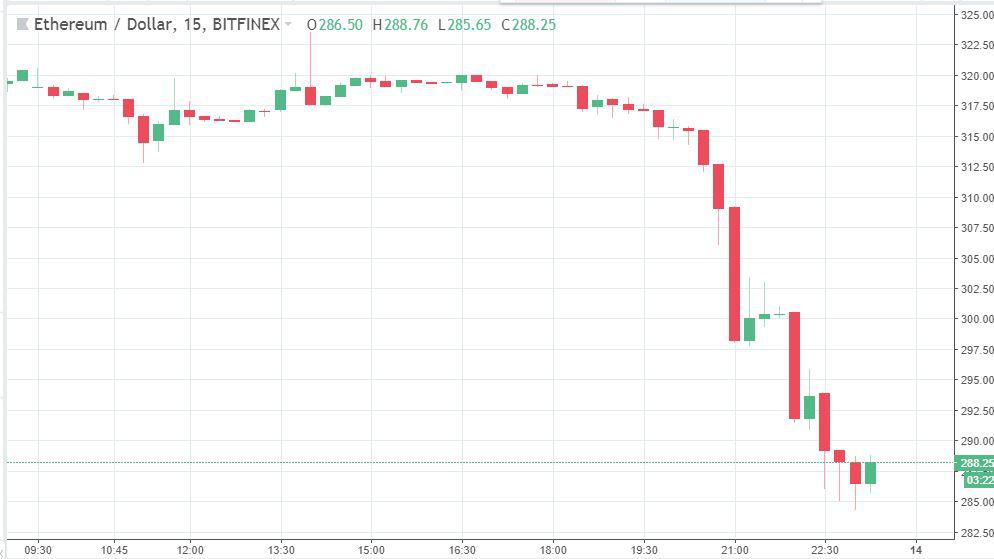 This has caused Ethereum [ETH]’s price to go back to its September 2017 price. 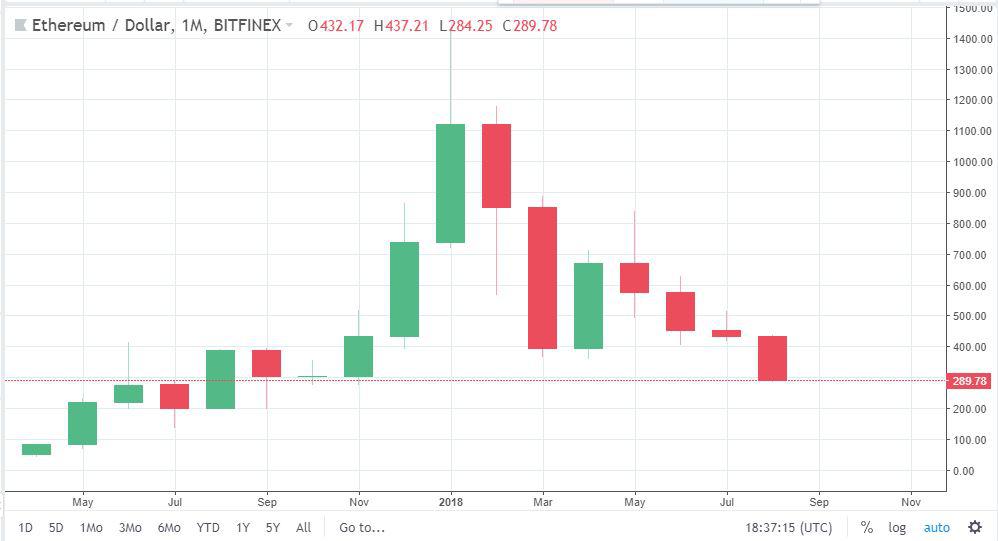 Majority of the cryptocurrency market speculators believe that the reason for the continuous drop in the market is because of the ICOs based on Ethereum platform. According to them, all the ICOs which have failed to perform well are starting to cash our their tokens and this has led to Ethereum [ETH]’s price to plummet. Moreover, some of the traders believe that Ethereum is going to be in the bear’s grip for a long a time and have already started to opt for shorts.

“ICO Advisors/Team Scammers..,.im sure they are trying to get out as fast before eth collapse in price ahahaha.what will happen next to ethereum?…..,less buyers. huge sellers, huge ethereum holders from icos…..bankrupt is coming..the end of ico scams….”POP CORN”

“The problem when you give millions of $ETH to $ETH competitors is that they can unload the $ETH on the spot market and short $ETH on the futures market before that, so they’re not only securing the funding but also manipulating the underlying spot market in favor of their shorts.”

“It’s now or never @VitalikButerin. You can swallow your pride & walk away from ETH and make amends with Bitcoiners or you can go down in infamy as the Elizabeth Holmes of crypto and be the poster child of crypto excess. Your handlers used you for their own ends, save yourself.”

“The last time #ETH tanked this hard was when @VitalikButerin was supposedly dead… Where’s the FUD this time?”

The post Ethereum [ETH] goes back to its September 2017 price – drops by more than 10% in 24 hours appeared first on AMBCrypto.