Social trading platform eToro has partnered with Brighton and Hove Albion F.C. to allow for their logo to appear on the side of the football pitch. In a revolutionary new move, the partnership was paid for in Bitcoin [BTC].

On the move, the CEO of Albion, Paul Barber, stated:

“We are keen to be at the forefront of bringing new technologies and new ideas to football and together with eToro we will be looking at how we may be able to utilise their experience and expertise to help the club progress in various different fields.”

“We believe that we are making history by being the first company ever to pay for a Premier League partnership in bitcoin…This is very much the first small step on a long road to football fully embracing blockchain technology.” 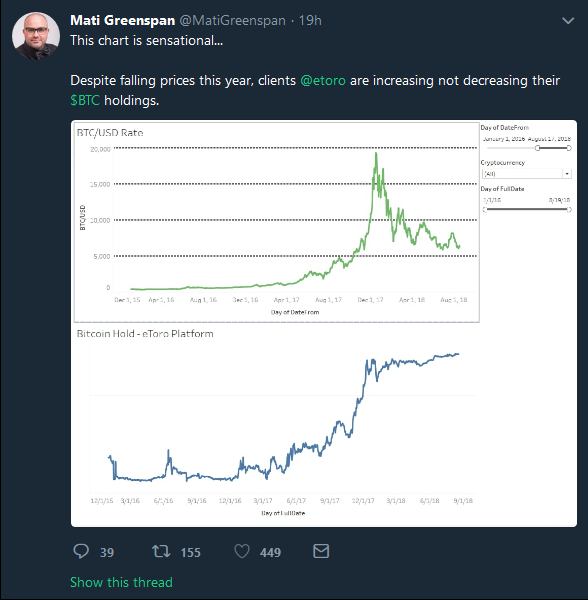 Notably, the social trading platform has over 10 million users, which enables investments in Bitcoin and other cryptocurrencies to a bigger market.

Jan Yakira, a cryptocurrency enthusiast, said on the move:

“A few years down the line, we might look at this as the new Bitcoin pizza day. This is the first partnership by two giants in their own industries, and that it was paid through Bitcoin represents a bigger growth in adoption than was apparent at first glance. This could also open up partnerships in Bitcoin for other teams.”

The post Bitcoin [BTC] was used for a football partnership between eToro and Brighton and Hove Albion FC appeared first on AMBCrypto.