On 14th August, Steve Sosnick, the Chief Options Strategist of Interactive Brokers, gave a few predictions to the masses regarding the future of Bitcoin and the fluctuations in the cryptocurrency industry in this unpredictable market.

Steve stated that the market has been quite volatile for Bitcoin with the cryptocurrency breaking the $8000 barrier and then falling to the fringes of $6000. The reports show that the reasons for this drastic selling can be attributed to technical selling and the rejection by the United States Security and Exchange Commission [SEC] to implement the proposed Bitcoin backed Exchange Traded Funds [ETF].

Technical selling, according to reports, is the process of conducting market transactions based on users using real-world data from the cryptocurrency market. It tries to plot points on the metaphorical cryptocurrency charts to predict price changes. Recent market researches show that technical selling is a growing trend in the industry right now, with the SEC’s decisions seeming to have no marked change in destabilizing the trend.

The SEC has postponed the final decision-making process regarding Bitcoin ETF’s till the middle of September, a month that will see multiple deadlines for the ETF’s and its fate for the future.

Sosnick went on to comment that bullish users should hope that Bitcoin’s current reign close to $6000 holds, lest it falls even further. The report shown by him also pointed out the similarities between the Nasdaq dot-com bubble crash as well as the ongoing Bitcoin price fluctuations. The charts showed that both these events had three parts:

Sosnick went on to say that Bitcoin prices may fall to $5000 in the short term and even free fall to $1000 in the long run. Going back to the dotcom vs Bitcoin chart analysis, Sosnick also added that the market patterns shown by Bitcoin right now and the dotcom industry long back usually ends in a nasty way. According to him, the descending triangle towards the end of the Bitcoin price chart is a sign that the price slide is very apparent right now.

The Chief Operations Strategist of Interactive Brokers also stated that there may be another positive price bounce for Bitcoin, giving users some hope in this bearish market. He stated that $6900 might be the next threshold during the bounce after which holders should be wary during the decline. 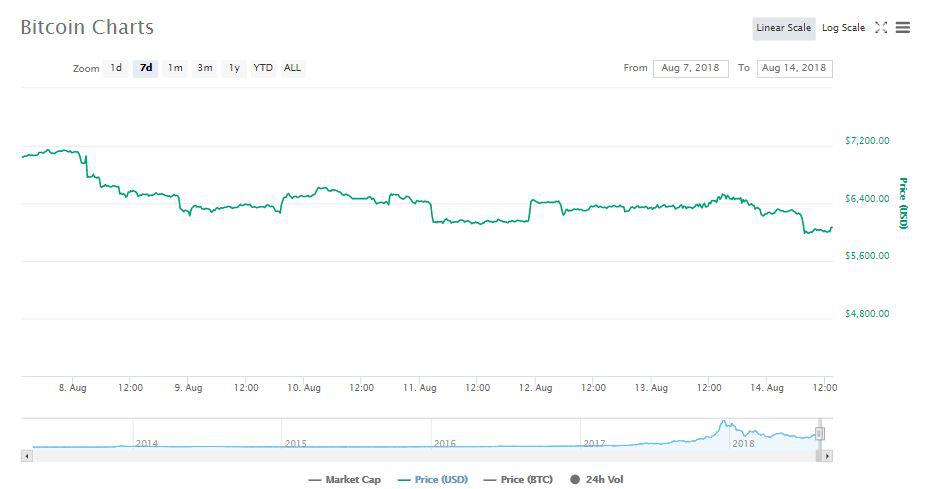 The post Bitcoin [BTC] might fall to $1000, users should be wary, states Wall Street bigwig appeared first on AMBCrypto.