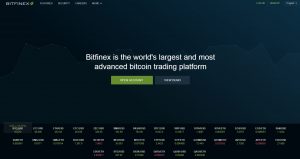 An entire cryptocurrency ecosystem has emerged since Bitcoin first launched in 2009. More than 1,000 cryptocurrencies exist, and companies have raised approximately $4 billion in initial coin offerings this year alone. Yet most of this ecosystem was known only to a hyper-niche community of crypto-enthusiasts and investors until recently. Not until bitcoin’s recent run-up in value did the cryptocurrency industry breakout into mainstream awareness and attention.

Now, everyone is figuring out how to make money in crypto. To make money, as with any currency or commodity, exchanges are required to convert from one cryptocurrency to another, and to fiat. In this virtual world of crypto, Bitfinex has emerged as the world’s largest cryptocurrency exchange, handling more than $54 billion in volume over the past 30 days alone.

With record trading volume in the third quarter of this year, Bitfinex placed their priorities and resources where they belong: toward building what their customers want. To keep up with its exponential growth, Bitfinex focused on improving its platform stability, scalability, and reliability. These efforts allowed the company to keep up with the demand for its services, which now total in the billions of dollars each day.

This growth did not come without growing pains.

I will be the first to recognize that Bitfinex’s business decision to focus on its product came at the cost of effective and consistent communications with key stakeholders (and the media). Keeping up with growth and communications is a challenge for any fast-growing company, even more so for a company operating in the still undefined and evolving cryptocurrency space.

Crypto is, in some ways, not unlike the budding cannabis industry in the U.S. – one which has seen tremendous growth. In 2016 alone, legal recreational and medical cannabis sales totaled nearly $4.5 billion, almost as much as total ice cream sales ($5.1 billion). Yet huge challenges and uncertainties remain for the industry, as the private sector and government work out how these sales will be regulated, legislated, and financed. 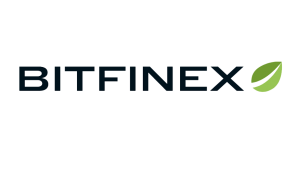 As with the cannabis industry, traditional banks and regulators are trying to figure out how to handle the growth of the crypto market. Many banks won’t accept money from cryptocurrency exchanges, including Bitfinex. As a result, Bitfinex did lose a number of U.S.–based banking relationships, but was able to maintain and add to its roster of banking partners around the world, providing the vast majority of its customers with a diversified and resilient banking network to provide consistent liquidity.

On November 19, $30,950,000 Tether tokens were stolen by the malicious actions of an external hacker or hackers. Despite the hack, no customer funds were stolen, and Tether is working closely with law enforcement to investigate the breach. Unfortunately, hacks have become all too common in finance, with the likes of JP Morgan, Equifax, and Citibank all falling victim.

Some questionable actors have jumped on Bitfinex’s challenges and its related cryptocurrency, Tether, at every turn. What they fail to do is to recognize the unprecedented and shifting crypto landscape and the fact that Bitfinex abides by all existing laws and reporting requirements such as KYC/AML, and that it remains committed to becoming the most transparent crypto exchange in the industry.

Bitfinex works closely with financial regulators, law enforcement, compliance personnel, and financial institutions to provide the highest possible level of protection and service for its customers. It has hired nationally recognized accounting firm Friedman LLP to conduct a full audit of its books, which will be released as soon as possible. On an interim basis, Friedman released a report showing that Tether had $442,984,592 cash reserves as of September 15, 2017 to fully back Tethers that have been issued.

Who is Bitfinex’s biggest critic? An anonymous online Twitter user who throws allegations around without ever revealing his or her own identity. As a communications professional myself, I know that whenever someone lobs accusations and attacks behind the veil of anonymity, one has to question their motives.

We still don’t know who founded Bitcoin itself – yet its value is at $10,000 with no signs of slowing down. Far from hiding in anonymity, Bitfinex is led by a strong management team, and the company boasts 50 employees.

As the crypto market continues to grow and mature, there are sure to be more hacks, thefts, and other challenges across the board for all players involved. But this train has left the station, and there’s no turning back. Transparency, accountability and responsibility–these will be the keys to running a successful crypto company over the long term, and Bitfinex has demonstrated it’s committed to these foundational principles.

Ronn Torossian is CEO of 5WPR, one of America’s leading independent PR firms. His firm is agency of record for Bitfinex.