The thing that drove me into investing in Bitcoin is pretty much the same thing that caused many American’s last year to cast a vote for Donald Trump: Disgust with the a political system that for 40 years at a minimum has not been serving the needs of the American population. Well, not all of it at least. Really only .01% of it. 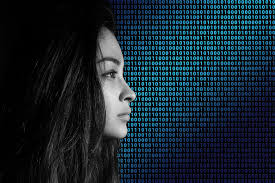 The problem with casting a vote for Trump is that people have a tendency to blame the wrong thing for the problems that plague our nation and our economy. The problem is not the government, which is merely a tool we the people use to set the rules for how we deal with each other, determine how to spend the money collected in taxes for the benefit of  all the people and to ensure a bright future, and to maintain a readiness to defend the country from foreign aggressors should the need arise.

A vote for Donald Trump, unfortunately, was not a vote for freedom. It was a vote for a native of the uber-elite class that created the worst problems we are dealing with now.

This is being illustrated right now by a bill that is on the way from a corporate-owned congress to a plutocratic native in the presidency: a bill that would quash a FCC rule requiring broadband providers to get permission from individual customers before selling their personal information–including browsing history, financial and medical information, and even contents of emails–to other companies.

In point of fact, the FCC rule doesn’t go far enough. The companies shouldn’t even be able to use this information for their own benefit without the expressed permission of the customer.

And no. The argument that Google or Facebook does it does not counter this argument. If I don’t want my browser history known by Google, I can go incognito in many browsers or use search engines designed NOT to track this information, like Duck Duck Go. And really, I’ve never liked Facebook anyway, so slipping through their net is pretty easy for me. But to avoid having my ISP track this information, well, I would have to stay off the net – and in this day and age, that is not a reasonable response.

I am a bitcoiner not because I dislike the government, but because I think it must be made to work in the interest of all the people, and not just a few – like the corporations that benefit from this bill. The way to do that is to make sure that people have ways to take back and take control of their own rights, and responsibilities.

In this day and age, most of our daily finances are conducted through banks and with credit and debit cards. This means that the banks, and the government, can track every cent I spend, where, and when. It also means that they can freeze and close my accounts whenever they want.

I am a family man, and I have little to hide that wouldn’t be seen as mundane by most people. Nonetheless, I close the doors when I change my clothes, I don’t talk about how much I make with my neighbors, and I use reasonably strong passwords on my online accounts. This is because no matter how mundane my life might be, it is still mine, and I mean to retain the right to decide for myself how those details get shared.

During the election, Donald Trump declined to share his tax returns with the American public, a reasonable expectation given the importance of the job.Yet, he will sign a bill making it making it trivial for employees of any number of companies to have access to similar information on you for a small fee.
Bitcoin is one step to taking control back and make banks unnecessary. Hopefully we will see innovation and development like the Mesh Network which will make Comcast likewise obsolete.