One of the side effects of how Bitcoin came on the scene is that there is quite a lot of centralization of wealth. A recent report stated that if you own 25 bitcoins, you are in the top 2 percent of Bitcoin holders. This article from Cryptocoins News presents a chart that makes things look even more lopsided. 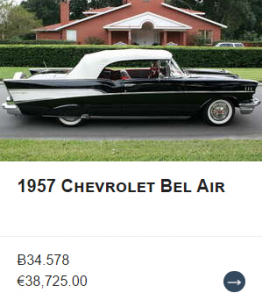 This fits into my theory of how Bitcoin is going to take over the world. In the early days, people running clients on their desktop computers could gain 50 bitcoin rewards every ten minutes. Competition was low, so many of these early users racked up huge stockpiles.

With each big run up of Bitcoin, we’ve seen people who have suddenly ‘discovered’ a stash of this virtual gold on an old hard drive (and in one case, who remembered that it was there after he had thrown the drive away!)  and were suddenly in a position to seriously upgrade their lifestyles.

Bit Premier is a Bitcoin marketplace specifically designed to cater to these nouveau riche. There are yachts, villas, sports cars, artwork, and even submarines for sale.  Starting in 2014, they came on the scene at just the moment when the price was on its downslide from the 2013 bubble, but even with prices dropping from 1200 to 200, there were still bitcoiners who got in early enough so that they saw buying a villa with Bitcoin as a win.

Bitcoin has been knocking on its all-time-highs again, and granted a way is found to end the internecine battle over how to scale to world-wide-currency levels, there is a good chance that we will see another strong run up in price.
For right now, many bitcoiners can only look at the listings on Bit Premier wistfully, but there’s also the chance that anyone holding 25, 10, or even 5 bitcoins will be in the next wave of Bitcoin millionaires, cruising Bit Premier’s pages looking for a villa on a Thai island.