Now that the Winklevoss ETF has gotten its official rejection from the SEC, things have quieted down enough in the Bitcoin space for the controversy over how to scale to retake the center stage, and on Twitter and Reddit, the slings and arrows have been flying.

What really started things going was when one of the major mining pools, AntPool, switched to using the alternative Bitcoin Unlimited client over the Bitcoin Core client, the defacto standard. 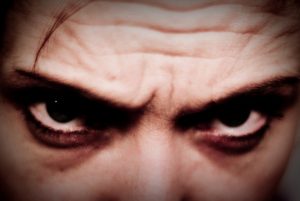 To anyone not aware, which I expect to be few readers of this article, the Bitcoin Unlimited client allows the maximum blocksize, or throughput of transactions, to be set by the miners rather than being capped at 1 megabyte as it is in the Bitcoin Core client. For its part, the Bitcoin Core client is trying to gain enough consensus to activate a protocol known as ‘SegWit,’ which stands for segregated witness, and would reduce the size of data needed to get transactions into blocks. This is a defacto increase in throughput, but is a one-off, and further changes to what people want to code into their transactions may limit the effectiveness of this change.

This battle is crucial because transaction volumes are rising high enough so that not all transactions can make it into blocks, and the fee for ensuring that a transaction is recorded in block is rising to the point where Bitcoin is not looking as attractive as it once did to potential users.

Note that these proposals are not in opposition in and of themselves, and both could be incorporated easily if proponents of both proposals decided they wanted to work together and not against each other.

There is a lot of hysteria, name calling, and use of logical fallacies being used on both sides – but in my observations of Twitter and both main Reddit groups, r/Bitcoin and r/BTC, it’s the Core supporters who are far more sinning then sinned against. This might also be because their numbers seem to be far greater and their supporters include more of Bitcoin’s luminaries.

The more hysterical claims against Bitcoin Unlimited are that a rise of the blocksize to 2 or more megabytes would put the whole system at risk. It would make running nodes more expensive, create latency in how fast blocks propagate creating orphaned blocks, and open the system up governmental attack by limiting bandwidth.

The more hysterical claims against SegWit are that it was created by a number of developers who happen to work for a single Bitcoin company, Blockstream, which is developing off-chain scaling solutions including the Lightning Network and sidechains. Basically, the claim is that Blockstream is seeking to keep blocks small so the they can force everyone to use their proprietary transaction systems, charge a fee, and turn a profit. They would, in fact, position themselves to be the central processing center for a system that was designed not to have a central processing center.

Rational views suggest that raising the blocksize to 2-8 megabytes would likely not greatly impact the security of Bitcoin’s system. Proponents say that continuing advances to computer and communication technology will make even larger block sizes safe as well, but that’s an argument for a different time. Small increases seem like they would be safe. Conversely, hysterical cries that any raise is just a ‘slippery slope’ to unlimited blocksize, jeopardizing the whole system are unfounded. The difficulty of making current changes to the protocol suggest that we are nearing a stage when any further changes to the base level will be impossible to gain consensus.

Rational views of SegWit suggest that it is smart, effective, well-tested, and lays the groundwork for further developments, like the Lightning Network (which is being developed by a number of teams, not just Blockstream), and really should be activated at the earliest possible date.

On the whole, the problem of scaling Bitcoin has nothing to do with the protocol, and everything to do with pride, prejudice, and visceral emotion. A raising of the Bitcoin blocksize to 2mg along with SegWit activation may very well have gone through with little controversy as all parties would have felt listened too. But once lines had been drawn, hardliners began claiming that any non-backward compatible change, known as a hard fork, could not be tolerated – and that argument essentially shuts down discussion of a blocksize increase since it can only be achieved through a hard fork.

Whatever happens, it seems that Bitcoin will eventually find its way to scale –  creative solutions are being proposed all the time. And though other coins like Ethere
um and Dash are gaining ground against Bitcoin due to the fear, uncertainty, and doubt being spread, it’s likely that Bitcoin will not lose its place as primary cryptocurrency. But the needless arguments are slowing us down, giving others reason to doubt us unnecessarily, and keeping us from focusing on the real fight – disintermediating the banks and governments who have rigged the system for so long.

Let’s create a money that we can trust and use. Let’s do it with the knowledge that bitcoiners who hold different views than our own are NOT out to destroy it. and let’s keep it civil.