Doom and gloom has descended on the Bitcoin community in the wake of the SEC’s decision to REJECT the Winklevoss Bitcoin Trust ETF. 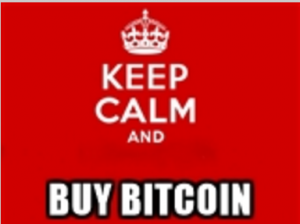 As I and so many others have written, this rejection is no surprise, and it’s approval was in no way crucial to the success of the Bitcoin experiment. The odds were stacked against approval as Bitcoin is a new, revolutionary asset, and conservative bureaucracies like the SEC do not want to expose themselves to the risk of things that they don’t well understand.

Further, as has been shown by much reporting, the SEC, like many bureaucracies is more than a little captured by the industry it is supposed to police, and Bitcoin is a threat to that industry. If Bitcoin achieves its full potential, it will dis-intermediate banks and governments, returning the power to control personal finance to the people. It is the cash of the digital age that does not need to be entrusted to a bank, incurring fees and opening it up to the possibility of being seized or frozen on a whim.

Right now, it’s important to remember that any money that you don’t have in cash in your possession, is not yours. The bank or government can at any time decide that it is not yours, change the value of a column in an Excel sheet, and your net worth will go to zero.

And this is a frightening prospect as the world’s governments become more authoritarian and plutocratic.

View the notion of bail-ins. In the event of a major bank crisis, the trend has been to make bank depositors responsible for the losses of the bank.

View the notion of civil forfeiture. The government, currently by way of the police, but there would be no reason that this power couldn’t be expanded in ‘the name of the public good,’ can seize any of a person’s property on suspicion alone, and are under no obligation to make getting that property back easy. In fact, most institutions doing civil forfeiture set up reclamation labyrinthine and difficult reclamation processes that most victims give up in despair.

And consider the notion of a ‘normal’ 2% inflation rate pushed by the Federal Reserve. The reason for this inflation rate is not to match the money supply to the size of the economy – that would keep the value of money at a 1 to 1 ratio. No, it is to devalue the money held by savers and decrease the burden of what large debtors owe. Who benefits, huge corporations and governments piling up huge debt burdens. Bitcoin is deflationary, a money that favors savers and punishes debtors.

The case for Bitcoin has never been stronger.

Whats even more important to remember as the price takes a hit on the news of the ETF rejection is that in the end, ETF like Bitcoin Trust, payment processors like Bitpay, and Bitcoin sellers like Coinbase are all transitional businesses whose very business models will be invalidated by the success of Bitcoin.

I was hoping for the jump start that the ETF approval would have given Bitcoin, but it is no surprise that it wasn’t given a go. The price has dropped as we all expected it to, and more drops may be coming as these things tend to have a cascading effect. This is NOT the death of Bitcoin, and we are seeing that Bitcoin is growing stronger across the globe, particularly in places like Nigeria and Venezuela… precisely the type of economy that most needs an internet based, trust free currency that gives the power of money back to the people.
So, my final takeaway… this is a buying opportunity.