Four star general Michael Flynn, former head of the CIA and NSA,  has gone on the record accusing millennials of being an untrustworthy generation:

… But this group of millennials … simply have different understanding of the words loyalty, secrecy, and transparency than my generation did.

Hayden was specifically talking about Edward Snowden and Chelsea (formerly Bradley) Manning, accusing them of being traitors who have harmed American interests and the ability of the American security apparatus to protect the homeland.

Now this accusation strikes me in two ways: First is the reason for these two American heroes sacrificing their futures to reveal great wrong-doings by the government entities they work for. The second is that Hayden does not seem to be speaking out about much greater acts of treachery perpetrated by men of his generation, and even who have, like him, served in uniform. It causes me to wonder about his actual motivations.

Let’s first take a look at what Snowden and Manning revealed:

A short list of the revelations revealed in the Manning trove o documents include the killing of a Reuters’ reporter, the killing of a 70-year-old woman and a five-month-old baby that was subsequently covered up with an airstrike, rampant abuse and torture of prisoners, illegal spying on the leadership of the UN, …

Though horrible, the scope and impact of what Snowden revealed is much more telling, so I’ll present the highlights in a bullet list:

Keep in mind that whistleblowers in the American government are typically not treated kindly. Manning was sent to prison where she received punitive treatment, and Snowden fled to South America, getting trapped in Russia when his passport was revoked. And they knew the likely response because of what’s happened to whistle blowers in our recent past.

There are legitimate criticisms that could be made about HOW both of these individuals blew their whistles, but there is no question that they have uncovered a huge amount of illegal, unethical, and unconstitutional behavior on the part of the government. Hayden, faced with the malfeasance of his department coming to light, of course, does not admit, apologize, and correct – he doubles down and blames those who revealed the crimes of his department.

Now let’s take a look at another general, once who likewise was heavily involved in national security: Michael Flynn.

Michael Flynn was briefly National Security adviser to President Trump and was a key person in the campaign and transition. He …

So, let’s summarize. We have two people, who at great personal cost, expose the wrongdoing of their government. And we have decorated general placed into one of the most sensitive jobs in government who is being paid by one foreign government and apparently in collusion with another.

What’s more, Flynn is a consumer and purveyor of fake news. He and his son, who also worked at the White House until his fall from grace, spread a provably false story about Hillary Clinton participating in a child trafficking and sex operation that was being run out of the basement of a DC pizzeria. Even though it wasn’t. Even though, if it were, 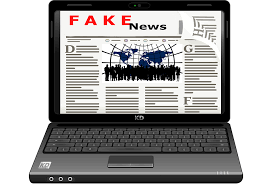 there would it would have been criminal for the police to have not swarmed the pizzeria, and
even though a one reader of the story took it upon himself to go to the pizzeria, terrorize the staff and clientele, and shot rounds into the ground before realizing that there were, in fact, no kids being abused in the basement.

No, the problem is not the millennial whistle blowers. We need more of them.

The problem is a government that has begun to believe it’s own lies.
And the solution is for each of us to check our facts, check our officials, and set up systems where we don’t need to check them because they can’t go bad – and that’s why I use Bitcoin – a currency that works without the need for government or banks.