There is a lot of excitement in the Bitcoin community as it decisively breaks through its 2013 all time high.Further, the Bitcoin rally seems to be being driven by ground level interest as seen by rising trading on LocalBitcoins in countries as diverse a Nigeria, Kenya, Thailand, Norway, Sweden, New  Zealand, Russia, and of course a consistent up trend in the US.

Many pundits are saying that the rise in Bitcoin is largely because of the impending decision by the SEC to approve or reject the Winklevoss Bitcoin Trust, and m 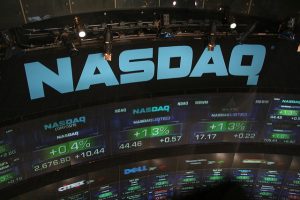 any others are speculating that if (when?) the trust is rejected that the price will take a major hit.

There are a lot of reasons to think this is not true. The prevailing sentiment is that even under the looser, more Wall Street friendly regulatory regime under Trump, that the SEC is likely to see Bitcoin as too risky and speculative to get their stamp of approval. For the officials working at the SEC, if they approve and something goes wrong, they will certainly come in for tremendous amount of criticism, If they reject, then there will be nary a peep by anyone that matters, to them at least.

Therefore, it is likely that a rejection of the ETF has largely already been priced in – and when the news comes down, there will be a mild correction, possibly followed by a breakout upwards based on actual adoption numbers.

On the other hand, rejection is not certain, and if it is true that a rejection has been priced into the market, and if the ETF is approved, then we could see a rapid, exuberant rise in the price – probably leading to a bubble which will need to burst and consolidate before actual adoption kicks back in and continues the rise.

Another feature of the current Bitcoin rally is a plethora of articles comparing it to gold, saying that Bitcoin has surpassed gold’s price.

This is nonsense, of course. One Bitcoin is not in any way equivalent to one ounce of gold. Gold has a market cap of more than seven trillion dollars, and Bitcoin is testing 21 billion. It’s nice to see that Bitcoin is rising, and it was a nice psychological boost when Bitcoin crossed over gold’s list price, but in fact, there is nothing to read into that fact.

Of far more interest to me was the recent debate held between gold bug Peter Schiff and Bitcoin bug Brian Kelly. The lively debate essentially came down to Schiff saying that gold has a long history and is based on something real, and Kelly saying that Bitcoin is built for the new economy and IS based on something real, a trustless protocol and ledger system that is ripe to be built on top of. Kelly implies that the new economy is being born today and that Schiff can’t see it through his gold-colored glasses.

In my own opinion, like so many things that people like to put into binary opposition, gold and Bitcoin are not in competition. They have similar, but different, properties and are complimentary. It would be wise to have both in a portfolio. But in the final analysis, if you’re looking to just retain value, gold is best, but if you’re looking to raise value, then Bitcoin has tremendous upside potential – far beyond gold’s. Schiff rightly indicates (by saying that Bitcoin is the new Beanie Babies) might go to zero instead of the moon. But that is a chance we take any time we invest in something new. The fundamentals of Bitcoin look strong, and it is more likely to go higher in the long run than to disappear.

Kelly, despite a lot of criticism for talking over Schiff, soundly won the debate according to online polls.

The Fly in the Ointment – Bitcoin’s Gordian Knot

Although I am generally bullish about Bitcoin’s long-term prospects (and decidedly agnostic about what it’s going to do on a day-to-day or week-to-week basis), there

is no getting around the fact that the people involved in Bitcoin’s development, both as a currency and a protocol, have been locked in acrimonious debate for more than a year. One side wants the blocksize to be raised which would allow for more transactions per second and lower per-transaction costs. The other side, and the one with the clear upper-hand at the moment, wants to keep the blocksize at the current 1mb.

As with everything, there are tradeoffs, Raising the blocksize would make using Bitcoin much easier and cheaper for everyday commerce, but critics claim that it would lead to centralization as only very powerful nodes could handle the huge database necessary to record all the transactions. This is a simplification, of course, but being decentralized is a key component of Bitcoin, and if it were to become centralized then it would be vulnerable to all sorts of attacks.

Keeping or lowering the blocksize means that decentralization would be prioritized, but transaction rates would be low and the price to get any single transaction into a block would go up – something we are currently seeing happen. Proponents say that his isn’t a problem as Bitcoin can be a backend store of value rather than a currency, something on the order of how banks settle their accounts at the end of the day rather than how people buy a cup of coffee. For the consumer level, there is the possibility of second or third level infrastructure like Lightning or sidechains. These have the possibility of providing enormous throughput, but critics claim that Lightning and other second level protocols are being developed by for-profit companies and that people pushing them have a personal stake having people use their proprietary services. This also would be a violation of the promise of Bitcoin as Bitcoin is supposed to completely disintermediate banks and other like services.

We are thus at an impasse. Bitcoin cannot scale on chain as so-called small blockers are directly in control of the main client used to run Bitcoin, called Bitcoin Core. There are alternate clients, but they would need to be used by at least a super-majority of users before large blocks would take effect. The most prominent alternate client right now is Bitcoin Unlimited.

Scaling Bitcoin off chain is also currently unlikely for a few reasons. First, changes to Bitcoin’s protocol would need to be made – the most important pending change is called Segwit, and just like Bitcoin Unlimited, it is awaiting a really super majority of users to start using it (95%) before it will activate. Even under the best of circumstances this would be a difficult hurdle to leap, and under the current contentious environment, it seems unlikely that it will take effect.

Unfortunately, it is my opinion that Bitcoin cannot and will not truly take it’s next leap of development before a solution to this impasse is found.

The worst part of the impasse is the acrimonious nature of the debate, where prominent people of the community engage in ad hominem attacks, question motives, and generally troll each other. This behavior makes discussion and compromise that much harder.

There is hope. When you strip away all the personal attacks and motive questioning (we’re all in it for ourselves – that’s built into the protocol) we all want what’s best for Bitcoin and to see it succeed. Most big blockers would agree to some limits as long as we were seeing the ceiling raised, and most small blockers know that even the second tier scaling solutions would sooner-or-later require the ceiling to be raised. Remove the pride and the ruffled feathers, and there’s a lot of common ground.
Further, development continues, investment continues, adoption continues. It is not clear to me what, who, when, or how the Gordian Knot of Bitcoin will be cut – but it seems clear to me that at some point something will break and we will find ourselves on the other side of this problem. It also seems likely to me that when we, the pioneers of Bitcoin, look back on this fiasco, we will all agree that it really could have been made a whole lot simpler.