In one of Andreas Antonopoulos’ regular speeches, he likes to talk about the problem of Bitcoin scaling. In short, he says that the problem of scaling is a good one to have, as it means that there are people to want to use the 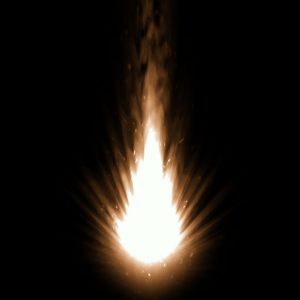 The ‘something that happens’ may be something people are already working on, or an idea or innovation that seemingly comes out of nowhere–but all of a sudden, Bitcoin will find a way to grow and meet demand until the next time it fails to scale. Right now, the main ideas for scaling begin with Segwit, which is not so much scaling as fitting more information into the Bitcoin blocks, and which also provides a number of other fixes and innovations to the Bitcoin protocol, moves to Lighting, a system of off-chain payments channels currently under developments by a number of different teams, and finally includes enlarging the blocksize, currently capped at 1MB.

On the face of it, all three of these ideas seem like good ones, within reason. Streamlining the the information that goes in blocks and fixing the malleability flaw? Check! Com
ing up with a faster, off-chain system of payment channels? Check! Raising the blocksize in reasonable, measured steps to make sure demand is kept up with and prepare for the demands Lightning will inevitably put on the system? Check!

There are inevitably lots of debates about what’s best, security risks, and even about the direction and role Bitcoin should play in the world. The only thing that is certain is that we are not done making changes to the base Bitcoin protocol – not if we want it to succeed.

Now, as reported by Coindesk, there is another proposal to solve the Bitcoin scaling problem – Sprite. This new idea is in some ways a simplification of the Lightning idea. The authors of the white paper note, though, that their idea is ready to be run on Ethereum as is, but that it would likely not be compatible with Bitcoin because changes to the script would be necessary.

This is true of other potential improvements or innovations to Bitcoin, such as Mimblewimble – another idea about how to increase scalability and also add true anonymity to Bitcoin, but at the cost of some of the current programmable features of currency. For Mimblewimble to be implemented, there would have to be changes to the base protocol.

And that’s where we stand right now. The fight over what, how, and even if we should make changes to the protocol, otherwise known as a fork, has so muddied the waters that the people who would have to make the change, the miners, are finding it safest to do nothing.

A few days ago, I saw a tweet from someone praising the Bitcoin core developers for persevering despite all the vitriolic rhetoric and personal attacks they have had to put up with. I re-tweeted with a comment that I agreed that they deserved praise, but that it was important to note that the vitriol has been flowing in excess in both directions.

My point was merely to say everyone needed to cool down, come to the table, and come up with reasonable steps to move us forward. Part of that means compromise and recognizing that the people on the other side of the table are there because they believe in and support Bitcoin too.

For my efforts, I got called the PC brigade.

In the white paper for Sprite, the authors note that Sprite will probably not be compatible with Bitcoin because of the changes needed to the script. They note that it might work, however, on a side chain, which essentially means elevating a competing currency to work in tandem with Bitcoin.

They further state that developers working on ideas to improve cryptocurrencies are better off not starting from Bitcoin, as they will be hampered by its quirks – and the implication is that there efforts are likely to come to naught.

I am a long-time Bitcoin supporter, and I believe that it has the potential to do much good in the world. I am enjoying its current problem of failing to scale – in that I am glad enough people are becoming interested in it to want to use it to make the system creak. But if we are going to survive to the next moment when we ‘fail to scale,’ we are going to need to find a break in the current logjam. And that will require people, all of us, giving each other the benefit of the doubt and working toward a better Bitcoin.

Some Writings on What Bitcoin can do for the World

Bitcoin can Change the World

How Blockchains can Change the World