Patriotism means to stand by the 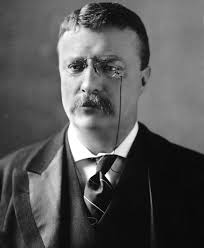 country. It does not mean to stand by the president.

The last installment of the American Intelligence Squared,an organization that hosts debates on topics of the day, posited the statement “Give Trump a Chance.”

The statement seemed odd to me at first, and after listening to the installment, I can’t help but feel that the question is completely misplaced. What exactly does it mean to ‘give Trump a chance?’

Trump has his chance whether I give it to him or not. He is in the White House, he has a Republican Senate and a Republican House, and soon he will succeed in placing Neil Gorsuch on the Supreme Court restoring the hard-right lean of that court. All three branches are either in Trump’s direct control or solidly in support of him and his policies.

Just as I won’t join the “Not My President” people, another meaningless statement that shows nothing more than aggressive denial on the part of the people who use it.

No. Trump is president. For better or worse, he is my president. He has his chance and he is taking it right now.

What these statements do NOT mean. Acknowledging that Trump is in power does not mean that I must give him my personal loyalty or abrogate my responsibility as a citizen to keep him accountable for his actions.  Even had he won with a mandate, or even a majority, this would not be so.

It is the responsibility of every citizen to make sure that people they put into power fulfill their responsibilities competently and ethically. Calling the president out when he fails on any of these counts is not ‘whining,’ it is not being ‘a crybaby,’ it is the height of patriotism.

More than that, though it is so seldom done as to be non-existent, those who hold great power and those who hold great privilege must be must be given even harsher penalties if they do break the law and the trust of the people. Penalties for people in power, from police, to CEOs, to presidents, must be proportionate to the damage that they inflict when they act badly.

And note that our current regime intends to act very, very badly. Nearly the first thing our Republican congress decided to do when it took power at the beginning of the year was to try to abolish the ethics office. Much easier to cheat and steal if you don’t have even that weak of an agency looking over your shoulder.

And this is not simply on the national level. Republican lawmakers in South Dakota convened an emergency session to repeal a referendum requiring them to be ethical. Why the haste? Because ethics is not what they are about, nationally or locally.

Watch your politicians. Follow the money. Keep an eye on how what they are doing affects your life, the lives of your neighbors. Remember that they, likely, are in the employ of a masterclass of millionaires and billionaires who would like nothing better than to establish medieval feudal system where their power and privilege are assured and we – you, me, my son, your daughter – exist to serve them. And if your officials ARE acting to weaken the republic through fear and lies, hold them accountable.

In 1975, Gerald Ford issued a blanket pardon for any wrongdoing Richard Nixon may have done. In 2008, Barack Obama refused to investigate alleged crimes and overreaches of the Bush administration. And though I think there is far less to be investigated there, in 2016 Donald Trump is not investigating the supposed crimes of Barack Obama or Hillary Clinton.

If Donald Trump, as I think he will, violates his oath of office, breaches the constitution, or out-and-out breaks the law, this is a trend that must end. We must re-establish the accountability of the people we entrust with our government, and if they break that trust – put them in jail.